Our most popular tutorial was accepted again for the SC20 conference in Atlanta! SC is a 100% virtual event this year. The tutorial will be airing on November 9 and 10 as a number of pre-recorded presentations and live Q&A sessions. There’s still time to register: https://show.jspargo.com/sc20/ 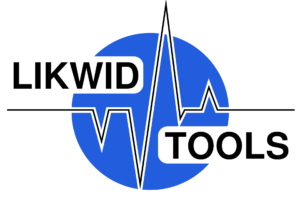 We are happy to announce a new release 5.0.2 of LIKWID. It is mainly a bugfix release, but it also has some important updates for modern architectures (IBM Power9, AMD Zen[2]). If you want to use LIKWID on AMD Zen/Zen2 systems, we highly recommend updating. Thanks to HLRS and LANL for valuable input.

Here is the full Changelog:

Problems with GPU measurements on recent Nvidia GPUs are not addressed with this release. The fixes will be part of the 5.1.0 release (including support for Fujitsu A64FX and ARM Neoverse N1).

With all the craze around the Fugaku supercomputer (current Top500 #1) and its 48-core A64FX CPU, it was high time for some in-depth analysis of that beast. At a peak double-precision performance of about 3 Tflop/s and a memory bandwidth close to 1 Tbyte/s it’s certainly an interesting piece of silicon. Through our friends at the physics department of the University of Regensburg, where the “QPACE 4” system is installed (an FX700, the “little brother” of the FX1000 at RIKEN), we had access to one. Although it lacked the Fujitsu compiler and the Tofu network, we still got some very interesting results, which you can read about in our recent paper (which got, incidentally, the Best Late-Breaking Paper Award at the PMBS20 workshop):

The first step towards a good understanding of the performance features (and quirks) of a new CPU is to get a good grasp of its instruction execution resources and its memory hierarchy; connoisseurs know that these are the ingredients for ECM performance models of steady-state loops. We were able to show that the cache hierarchy of the A64FX is partially overlapping, mainly with respect to data writes. That’s a good thing. What’s not so good is that many instructions in the A64FX core have rather long latencies. For instance, the 512-bit Scalable Vector Extensions (SVE) floating-point ADD and FMA instructions take 9 cycles to complete, and horizontal ADDs across a SIMD register take even more, which means that sum reductions, scalar products, etc. can be very slow if the compiler doesn’t have a clue about modulo variable expansion. To add insult to injury, the core seems to have very limited out-of-order (OoO) capabilities, putting even more burden on the compiler.

As a consequence, sparse matrix-vector multiplication (SpMV) needs special care to get good performance (i.e, to saturate the memory bandwidth). In particular, you need a proper data format: Compressed Row Storage (CRS) just doesn’t cut it unless the number of nonzeros per row is ridiculously large. Our SELL-C-\sigma format is just the right fit as it supports SIMD vectorization and deep unrolling without much hassle. As a result, SpMV can easily exceed the 100 Gflop/s barrier for reasonably benign matrices on the A64FX, but you need almost all the twelve cores on each of the four ccNUMA domains – which means that any load imbalance will immediately by punished with a performance loss. Your run-of-the-mill x86 server chips are much more forgiving in this respect since load imbalance can be partially hidden by the strong memory saturation.

The SVE intrinsics code for all experiments can be found in our artifacts description at https://github.com/RRZE-HPC/pmbs2020-paper-artifact.

MachineState is a python3 module and CLI application for documenting and comparing settings known to affect application performance: e.g., CPU/Uncore frequencies, hardware prefetchers, memory capacity, but also OS and software settings like NUMA balancing, writeback workqueues, scheduling, or the versions of common tools and libraries (e.g., compilers and MPI). All this information can be essential for reproduction of benchmark results. The MachineState tool gathers all (known) settings and presents them as a JSON document. A state file written earlier can be compared to the current machine state to uncover deviations from  the original test system.

If you ever wondered what this mysterious LIKWID tool suite is: Jan Eitzinger has made a posh little intro video that gives you the gist of it in minutes. View it on YouTube:

The Euro-Par conference is a well-established venue for presenting and discussing research on parallel computing in Europe. In association with the Euro-Par 2020 conference, which takes place from August 24-28 in Warsaw, Poland, the workshop “PMACS – Performance Monitoring and Analysis of Cluster Systems” is organized by Thomas Gruber from our group. The workshop offers presentations and exchange of experience about various solutions on the collection, transmission, storage, evaluation, and visualization of runtime data about the hard- and software of whole cluster systems.

END_OF_DOCUMENT_TOKEN_TO_BE_REPLACED 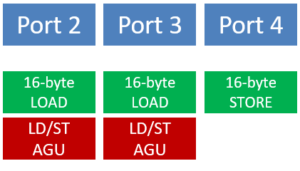 The peculiar configuration of LOAD and STORE units and AGUs causes some strange effects. For instance, if we execute the Schönauer vector triad: END_OF_DOCUMENT_TOKEN_TO_BE_REPLACED

We proudly present a retake of our PRACE course on “Node-Level Performance Engineering” on December 3-4, 2019 at LRZ Garching.

This course covers performance engineering approaches on the compute node level. Even application developers who are fluent in OpenMP and MPI often lack a good grasp of how much performance could at best be achieved by their code. This is because parallelism takes us only half the way to good performance. Even worse, slow serial code tends to scale very well, hiding the fact that resources are wasted. This course conveys the required knowledge to develop a thorough understanding of the interactions between software and hardware. This process must start at the core, socket, and node level, where the code gets executed that does the actual computational work. We introduce the basic architectural features and bottlenecks of modern processors and compute nodes. Pipelining, SIMD, superscalarity, caches, memory interfaces, ccNUMA, etc., are covered. A cornerstone of node-level performance analysis is the Roofline model, which is introduced in due detail and applied to various examples from computational science. We also show how simple software tools can be used to acquire knowledge about the system, run code in a reproducible way, and validate hypotheses about resource consumption. Finally, once the architectural requirements of a code are understood and correlated with performance measurements, the potential benefit of code changes can often be predicted, replacing hope-for-the-best optimizations by a scientific process.

This is a two-day course with demos. It is provided free of charge to members of European research institutions and universities. 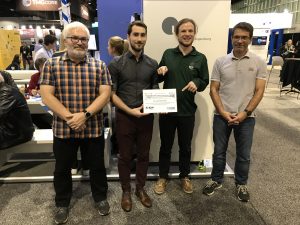 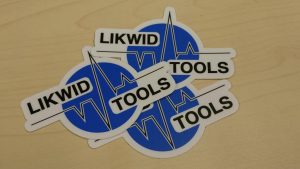