Developing a true understanding of a problem by thorough analysis is so 19th century. When there were no computers, people had to actually sit down with paper and pencil (quill?) and use their brains to figure out stuff. How old-fashioned and boring. 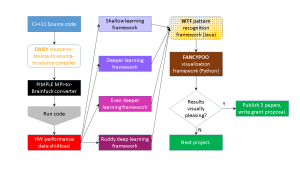 Figure 1: In automation, plugging one framework into the next is pivotal. Why not reuse what you already have?

With the advent of computer science we have added substantial momentum to automation. And it’s not just about automating tedious computations, but also about day-to-day tasks such as filtering information, visualizing data, and (now imagine a heroic fanfare in the background) the process of thinking itself!  With automation we don’t have to care about the validity, usefulness, or tenability of our automatically generated results, because understanding or insight was not asked for. The point is that “stuff” drops out of some program. What else could we wish for?

In high performance computing we find a particularly strong case for automation. Parallel computers are so complicated. Code is complicated. Compilers are complicated. The way performance is composed of all those little bottlenecks in the machine is complicated. So let’s design a machine (i.e., a program) that takes all this intricacy and digests it. This usually means we have to produce and interpret lots of data, but computers are good at crunching data, too! So why not use a fancy data analysis framework to dig out the information? It’s all in the data, so the machine should be able to see through it.

This is all easier than one might think. Do what tool developers do all the time: Build a new meta-tool from all the analysis tools you can lay your hands on (see figure). Then take a bunch of source codes, feed them into your new tool, and draw a diagram that shows in fancy colors that L3 misses and long network latencies are correlated with low performance and high energy consumption. Et voilà: real science!

Of course there are those reactionary die-hards who are still fostering the brain-quill-and-paper approach. But this is the age of cybernation1! Steal their thunder by repeating the computer science mantra: “Can this be automated? This can be automated. Automate this!” (a little rocking back and forth with eyes closed will emphasize the religious dimensions of your message).

If they are still obstinate, throw random pieces of Haskell code at them. That should teach them a lesson.

1 I love the similarity between cybernation and hibernation. It’s cyberlarious.